Joan Muehlich, 84, of Schuyler, died Friday, October 21,2022, at the University of Nebraska Medical Center in Omaha. 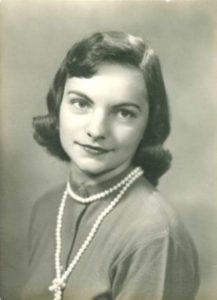 Joan was born September 7, 1938, in Nashville, Tennessee to Arnold and Helen (Kent) Oehlrich, where her father was working for the TVA.  She attended schools in Columbus and graduated from Kramer High School.  On February 16, 1957, she married Donald Lee Muehlich at the Federated Church in Columbus.  Joan had worked for the ASCS office and they farmed near Rogers.  She was a farm wife and in 1992 they moved to Schuyler and she worked for Village Jewelry.  Joan was a very active member of Christ United Methodist Church and the Schuyler Hospital Auxiliary.  Her children said she was selfless, generous and always willing to help others.