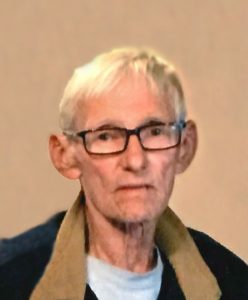 Visitation Sunday 4-7 P.M. with 7P.M. Rosary for Knights of Columbus and Public

Committal with Military Honors in the Schuyler Cemetery

Larry R. Ladwig was born February 1, 1947, in Columbus to Eldon and Mary (Dvorak) Ladwig.  He attended Schuyler Schools and graduated from Schuyler High School.  He then entered the United States Navy.  Following his service to the country, Dusty was a lifelong truck driver.  On November 12, 1976, he married Ann Svec.  They lived in Schuyler and Dusty drove many years for GM Express.  He was an avid Nascar fan(go Martin Truex), tinkered in woodworking and is well know for  his 3 old vans, each unique, he could be seen driving around Schuyler.  He complained about his "four-legged" friends but Tinker, Jake and Simba were true friends.  Dusty and Ann enjoyed cruise ship vacations and traveled many miles on the bike.  He enjoyed ship reunions and had just attended his last one in September.  Above all, Dusty was a grandpa who loved all the time he spent with his grandkids.  He loved the smiles on their faces when he was around them.