Memorials in care of the family for future designation. 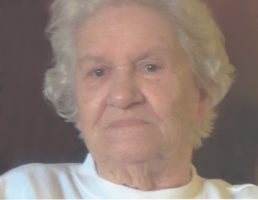 Verla was born January 22, 1929, in Giltner, Nebraska to John and Edith (Jensen) Bayne.  She attended school in Giltner and graduated from Giltner High School.  She was married to Robert Bierbower on October 28, 1951.  She was a homemaker while raising her family in Shelby.  She enjoyed gardening, watching baseball and having coffee with her friends.