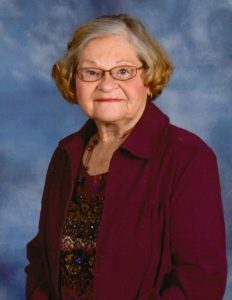 Lunch in the church hall immediately following the service

Lorene was born June 7, 1938, in Schuyler to Richard and Irene (Mastny) Bohaty.  She attended area schools and graduated from Schuyler High School.  On June 22, 1957, she married H. Jerry Connerley at the First Presbyterian Church in Schuyler. They lived and farmed west of Schuyler where she raised their family and helped on the farm.  Lorene was a life member of First Presbyterian Church and had served in various positions, including Deacon, over the years.  She loved crossword puzzles, word search and listening to polka music.  One of her favorite pastimes was spending time with the family at the Connerley sand pit.