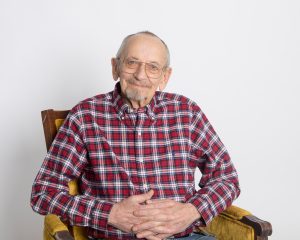 James Joseph Egr was born on March 10, 1940 to Joseph and Delvina (Hill) Egr in Columbus, NE. He joined the service and was enlisted in the Navy from 1958-1961 where he was stationed is Alameda, California and spent most of his time on an aircraft carrier. He married the love of his life, Bonnie (Lewis)  on February 10, 1962 and they remained married until her death in 1996. Stemming from their love came four children, Brenda, James Jr., Steve, and Shellie.

Jim lived in Bellwood, Nebraska and worked for Land O’ Lakes as a Manager in their Alfa Meal division. In his life he loved going on long road trips on his Harley, hunting and fishing. During his retirement he enjoyed his hobby of pigeon racing where he served as Club President, raised many top tier fliers and achieved countless 1st place and Championship titles. He was also a part of the Bellwood American Legion, Post 327. He enjoyed cooking and spending time with friends and family. He especially loved the time he spent with his grandchildren.

Jim leaves his legacy and love with so many including his son Steve and Steve’s daughters Shelby, Aubrey, and Kali. His daughter, Shellie Schultz, her husband Matt and their two children, Olivia and Mitchell. Brothers Jack, Roger, Bill and sisters Nancy, Linda, Barbara, and Della.

Jim is preceded in death by his parents, Joseph and Delvina, his step mother, Jewell, his wife Bonnie, his son, James Jr. (Scupper), his daughter, Brenda Kay who earned her angel wings at birth and siblings, Joanne, Marie, Paul, Steve, Janice, and Wayne. All of which he is united with now.