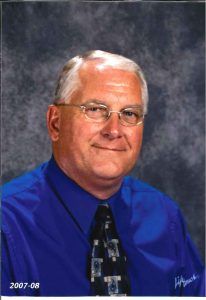 Visitation Monday 4-8 P.M. in Bellwood at the church

His lifelong career as an educator, coach and mentor started at the age of 16 when he coached his hometown Little League Baseball team.  After graduating from Buena Vista University in 1973, he and Pat worked for 4 years as houseparents at the Jerry Rabiner Boys Ranch in Fort Dodge, IA.  In 1977, Tom accepted a teaching position at Bellwood Elementary School in Bellwood, NE where he taught PE and coached all junior high sports.  After receiving a Masters Degree from Kearney State College and his administrative degree from Concordia University, he became principal at Bellwood Elementary and later at David City Public Schools where he also served as the athletic director.  He retired in 2012 after 35 years in education.

Tom was involved in his community in many ways.  In addition to coaching youth baseball and basketball and umpiring baseball and softball, he served on the Bellwood Zoning Commission and the education and property boards at Immanuel Lutheran Church in Columbus.  He also served on the Board of Directors for Columbus Exhibition & Racing.

His hobbies included watching anything sports including the Iowa Hawkeyes and Chicago Cubs and attending thoroughbred horse racing.  However, his greatest joy was watching his children and grandchildren in their activities.

Left to cherish his memory are his wife Pat; daughter Tracy (Brian) Behrns; and son Greg (Tiffani) Jahde and grandchildren: Hunter, Neely and Kamryn Behrns and Meagan and Trevin Jahde.

He was preceded in death by his parents, his in-laws Irvin & Agnes Heires and his grandparents.