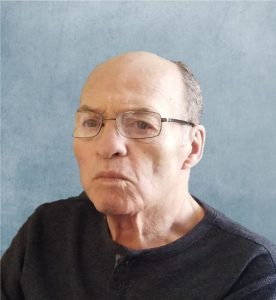 Lunch to be held in the church basement

Cremation following with committal at a later date

Charles Bare, Jr. was born October 10, 1943, in Horton, Kansas to Charles and Alma (Rickell) Bare, Sr.  After high school, he enlisted in the United States Navy and served in Viet Nam.  On March 18, 1972, he married Linda Held at St. John's Lutheran Church in Leigh.  Charles was a heavy roadway equipment operator and worked for the Union Pacific Railroad for 37 years.  They lived in Frankfort, Kansas, moved to St. Paul, Nebraska in 1978 and in 1980 they moved to Leigh.  Charles was a member of the church and the Leigh VFW and American Legion.  They enjoyed camping, fishing and as Linda said, "he" enjoyed playing golf.  He also refinished furniture and loved working on cars.