Darlyne Johnk, 93, of Columbus, formerly of Schuyler, died Tuesday, May 10, 2022, at the Columbus Community Hospital. 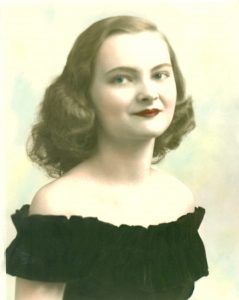 Darlyne was born October 7, 1928, in Clarkson to Henry and Gladys (Cernin) Speckman.  She graduated from Schuyler High School.  On July 7, 1946, she married Don Johnk in Schuyler.  They lived in Schuyler and over the years Darlyne worked for the SchuylerSun, Folda and Company and the Energy Office for the State of Nebraska.  In 2011 she moved to Real Life in Columbus.  Darlyne loved horses, flowers and her poodles.

She is survived by her daughter, Candyce Johnk of Columbus, a cousin, Emerson and Shirley Cernin of Omaha and several nieces and nephews.  She was preceded in death by her parents and her husband, Don in 2009.