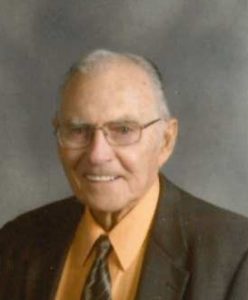 Visitation Monday 5-7 P.M. with 7 P.M. Rosary for Knights and Parish

Ernie was born October 6, 1938, in Schuyler to Jaroslav and Helen (Hobza) Shonka.  He attended area schools and graduated from Schuyler High School in 1957.  He served in the United States Army Reserves.  On September 1, 1962, he married Rita Nemec at the Tabor Catholic Church.  They lived and farmed north of Schuyler and later moved to town.  Ernie loved his faith, family and farming.  He enjoyed playing cards, dancing and listening to polka music.  Ernie was a member of St. Mary's Catholic Church where he served as an usher for many years, the Knights of Columbus and the Schuyler Eagles Club.

Ernie is survived by his wife, Rita, daughter, Marjorie Vanicek, son Dean and his wife Vicky, two sisters; Joan (Bill) Shoultz and Gladys (Larry) Kuzel, one brother Allan (Theresa) Shonka, all of Schuyler. five grandchildren;Danielle Vanicek, Samantha Vanicek, Cory, Clay and Rachel Shonka, and many nieces and nephews.  He was preceded in death by his parents and in-laws Frank and Lucille Nemec.