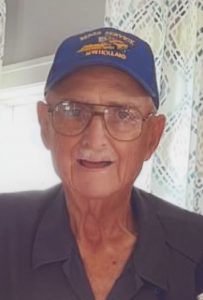 Mass will be livestreamed on Kracl Funeral Chapel facebook page

Albert “Al” Bongers was born on December 19, 1945 to Albert “Hidy” and Dorothy (Vandenberg) Bongers and passed away on January 15, 2022 at the age of 76 years and 27 days. Al attended Holy Trinity elementary and David City Public high school graduating with the class of 1964. He attended the University of Nebraska where he was a walk on for the football program and left early to enlist in the Air Force where he served in Vietnam. Al married Ellen Johnson on July 8, 1967 and had four children. Al was a farmer, bus driver (48 years), and owner of Hidy’s Farm Service where he initially was a car mechanic and then transitioned to selling and servicing mowers and other small engines. He enjoyed buying cars at the auction to help his sons with Bongers Auto.

Al was a member of Holy Trinity church and choir. He was a member of Legion Rejda Post 273 and a Trustee for David City VFW Post 5814. Al also was a volunteer firefighter at the Brainard Fire Department for 48 years and he served as an Assistant Chief for several years. Al and Ellen enjoyed traveling and took trips to Seattle to visit his sister, toured the Rockies and the Smokies on a motorcycle, drove both the Pacific and Atlantic coasts as well as many camping/boating trips. They attended kids/grandchildren events.and enjoyed the last few years at a lake house on lake Wanahoo.