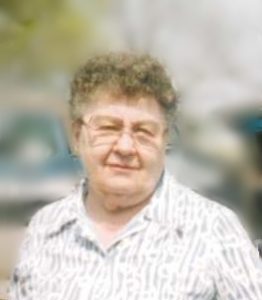 Lorene was born on a farm northeast of Rescue, Nebraska on May 30, 1934, to Louis and Helen (Brtek) Frohner.  She attended area schools and David City High School.  On March 16, 1954, she married Lester Prochaska in Wahoo.  They lived and farmed between Prague and Abie and she later moved to Abie.  Lorene had worked at Campbells Soup in Fremont, the Fairview Cafe in Wahoo and a few local taverns in the area. She also was a housekeeper for many families in her early years. She was a hard working farm wife, raising ducks and geese and was an excellent baker of  kolaches, rye bread and rohliky.  She loved spending time with her son and granddaughter and going to thrift and Family Dollar Stores, looking for bargains.