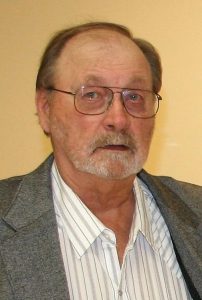 A Private Funeral Service will be held at a later date

Gary was born August 6, 1947, in Columbus, Nebraska to Leonard and Arlene (Cernusak) Brezina.  He attended school in Butler County and graduated from Schuyler High School.  After attending Wayne State college, Gary decided farming was the way he wanted to spend his life.  On January 24,1986, he married Patricia Bartholomew.  They lived in Columbus and he continued farming in Butler County.  Along with farming, he was an avid fisherman and hunter, Nebraska football fan,  truly enjoying the good life in rural America.

Gary is survived by his wife, Patricia of Columbus, two daughters; Katie and her fiance Dustin Garth of Lincoln, Laura (Jeffrey) Sprunk of Columbus, three sons; Daniel Brezina of Columbus, Joseph (Janel) Gragert and Kevin Gragert, all of Columbus.  He is also survived by 8 grandchildren, Tyler, Morgan, Alec, Dustin, Sara, Landon, McKinlee and Maxon with #9, Amelia, on the way, sister Kathy (Rodger) Treat of Colorado and one nephew, Boston.

He was preceded in death by his parents, Leonard and Arlene Brezina.