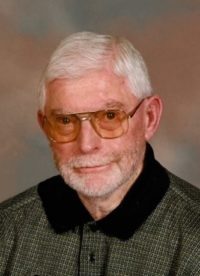 Robert was born November 10, 1925, in Battle Creek, Iowa to Forest and Alice (Caldon) Sperry.  He attended area schools and in 1951, enlisted in the United States Army, serving during the Korean Conflict.  He earned the Korean Service Medal and 3 Bronze Service Stars.  On June 2, 1957, Robert married Theresa Theobald at St. Mary's Catholic Church in Mapleton.  They lived and farmed near Mapleton until retiring and moving to Ute, Iowa, where Theresa continued teaching. In 2000, they moved to Schuyler.  Robert was a devoted husband and caregiver to Theresa for many years.  He never left her side.  He was always active, walking and riding his bike all over Schuyler.  He enjoyed the St. Louis Cardinals and spending time with his family.

Robert is survived by his children: John (Mary) Sperry, Omaha, Joan (Jim) Mejstrik of Schuyler, three granddaughters; Megan Mejstrik of Lincoln, Makala Mejstrik and Elaina Sperry, both of Omaha, a sister, Betty Koithan Vaughan, sister-in-law Shirley Theobald and nieces and nephews.  He was preceded in death by his parents, wife Theresa in 2016, and a brother, Jim Sperry.