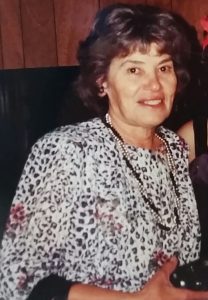 Celestine "Sally" Stanislav was born November 3, 1930, near Dwight, Nebraska to John and Mary (Bohaty) Jisa.  She attended area schools and graduated from Ulysses High School in 1948.  Following graduation she worked at First National Bank in Lincoln.  On August 21, 1950, she married Bernard Stanislav at St. Mary's Catholic Church in David City.  They lived and farmed near Abie where Sally was a homemaker and loved baking, gardening and canning.  She was a true "polka lover".  Sally loved spending time with her family and was one of Jehovah's Witnesses.