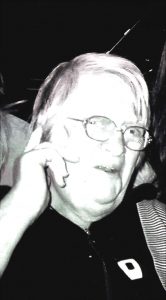 Memorials: to the family

Martha was born November 1, 1929 on a farm near Appleton, Nebraska to Joseph and Antonia (Divis) Mally.  She attended David City Schools.   Martha was a life-long David City area resident and worked many jobs in the area, including david place.  She was a member of St. Mary's Catholic Church and was active in the guild.

She was preceded in death by her parents