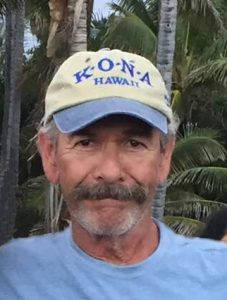 Committal at a later date.

Mark Ingwersen, age 69, passed away Friday, January 18th at his home in David City surrounded by many of those who loved him the most. Mark fought his cancer, quietly without a complaint, for 18 months. His last hours on earth are best described by this part of a poem that he wrote himself.  "The storm she starts to settle down, the waves are not so high and looking up for the very first time, I see a patch of sky."

Mark was born on October 25th 1949 in Omaha, Nebraska to William and Joan ( Mulick) Ingwersen. Mark attended school in Omaha before moving to Butler County where he attended school at Marietta and graduated from Aquinas in 1968.  After graduation, Mark joined the U.S. Navy for a 4 year term during the Vietnam War.  He Married Barbara Kopetzky March 7th, 1970.  To this union 2 children were born, Desiree and Jesse. On November 17th, 1989 Mark married Jeanne Humlicek.  Together they formed the perfect family of "his", "hers" and "ours" adding Dusty, Drew and Joe. Mark worked several places over the years but the 3 that most defined him are Ernst Auto Center, Western Drive Inn and for the American Red Cross.

Fishing for Master Anglers, Fireworks, Hunting, Motorcycles, landcruisers, driving through storms, playing his piano, singing, campfires, the river, birds and flowers all brought joy to him but nothing brought him more joy than his family and friends.

Left to keep his memory alive are

Side kick and partner in crime: Bruce ( Jeanne) Bartunek of Bruno

Many nieces, nephews and cousins who he adored.

He was preceded by: