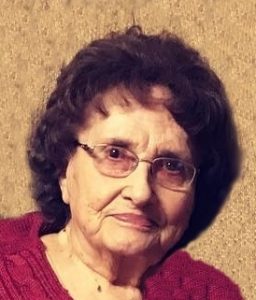 Lunch in the church hall

Eleanor was born April 29, 1927 at Brainard, Nebraska to Anton J. and Matilda (Sedlacek) Navratil.  She attended school at Brainard.   On April 19, 1951 she was united in marriage to Jerry Kobza.   Jerry died April 22, 1954.   Eleanor married William G. Svoboda on April 9, 1958, at St. Anthony’s Catholic church in Bruno.  One daughter, Deb was born to this union.  William and Eleanor farmed in the Bruno area.  William passed away November 16, 2004.  Eleanor had lived in David City for 3 years, and has resided at the South Haven Living Center in Wahoo since April 1, 2014.  She was a member of St. Anthony’s Catholic Church in Bruno, member of the Altar Society and cleaned church linens, cleaned the church and rectory.