Caroline Mastny, 99, of Schuyler, died Tuesday, February 20, 2018 at the Schuyler Care and Rehabilitation Center in Schuyler. 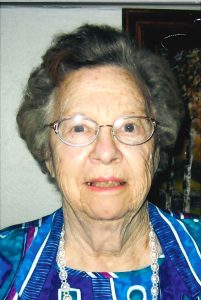 Memorials: to the Church

Caroline Mastny was born May 22, 1918 at home in North Bend, Nebraska to John and Lilly (Beznoska) Tomasek.  She married Louis Mastny February 14, 1946.   They later divorced and Caroline moved to Schuyler in 1979.  She was a member of the United Methodist Church in Schuyler.   Caroline enjoyed cooking, baking and taking care of her flowers and garden.

She was preceded in death by her parents, 2 brothers Leland and Leonard, nephew Garry Tomasek, sister-in-law Jeannette Tank.