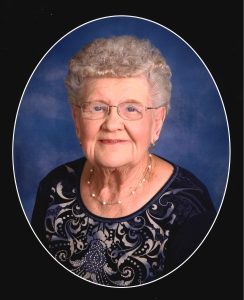 Memorials to The Center

Wilma was born April 22, 1928, in Sumner, Nebraska to Joseph and Emma(Mach) Kvacek.  In 1946 she graduated from Schuyler High School and went to work as a bookkeeper for Pokorny Oil Company.  On December 25, 1948, Wilma married Adolph "Bud" Lodl at the Methodist Church in Schuyler.  They raised two children and Bud died in 1980.  On October 10,1981, Wilma and Richard Chudomelka were married at the Methodist Church.  Wilma had worked for First National Bank for over 30 years.  She loved traveling and with her husbands had visited all 50 states.  Her last trip was to Czechoslovakia.  Wilma especially loved spending time with her family, doting on her grand and great-grandchildren, and enjoyed coffee and chocolate.  She was a member of the Eastern Star, Christ United Methodist Church and is remembered for her wonderful smile. Wilma was also known to enjoy a shopping trip from time to time.