James A. Zegers, 70, of David City, died Saturday, August 6, 2016, at the Lincoln Rehabilitation Center in Lincoln. 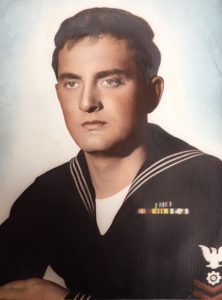 Lunch at the Klein Center, Holy Trinity in Brainard

James Allen Zegers was born January 9, 1946, in David City, Nebraska to Lawrence and Thelma(Kindler) Zegers.  After graduating from High School in David City, he entered the United States Navy, serving from 1964-1968.  He then married Vanessa Kaspar.  James was a truck driver and worked for M & S Transfer for several years.  He was a member of VFW Post 5814, served on the Honor Guard and recently received his 50 year pin for service during the Viet Nam Conflict.