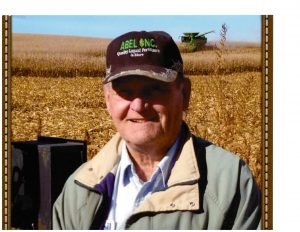 Rosary services 4 P.M. for the public and 7 P.M. Knights and Parish

Rosary Services at the funeral chapel

Memorials in care of the Heun Cemetery

Milo was born December 28, 1936, in Schuyler to Milo and Lillian (Dostal) Brichacek.  He received his education at District 25 and graduated from Schuyler High School in 1954.  On January 14, 1956, he married Dorothy Svoboda at Holy Trinity Catholic Church, Heun.  He worked at a feedlot in Arlington and then moved northwest  of Schuyler.  Milo farmed, drove a fuel truck for Swanda Oil, worked construction, drove truck and in 1976 he owned and operated MDM Oil.  Milo retired from farming but continued selling oil.  He was a 4H Leader and Past Superintendent of Swine at the Colfax County Fair.  He was a member of Holy Trinity Catholic Church at Heun and the Knights of Columbus in Schuyler.

He was preceded in death by his parents, wife Dorothy in 1994, granddaughter Brittany Brichacek and great -grandson Noah Stutzman.