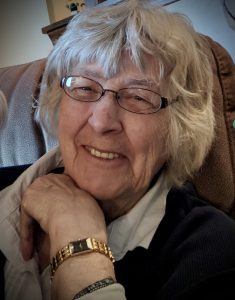 In lieu of flowers, plants and statues memorials may be directed

to the Colfax County Senior Center

The family will have a private service and burial

Norma was born July 1, 1932, in Leigh, Nebraska to Julius and Tillie (Jonas) Littelman.  She graduated from Leigh High School and attended Nursing School at the University of Nebraska in Omaha.  On August 17, 1954, she married John J. "Jerry" Dufek at St. Mary's Catholic Church in Schuyler.  They lived in California from 1955-1957 while Jerry was serving in the United States Navy.  Together with Jerry's brother Adolph, they owned and operated the Schuyler Meat Market until 1971 when they opened the  Jack and Jill grocery store, which they ran until retiring.  Following "retirement" from the grocery store, Norma worked for 10 years at Slosberg Realty in Omaha.  She was a member of St. Mary's Catholic Church, loved playing cards and was an avid bowler and golfer.

Norma is survived by her three sons; John, Don and Ron, all of Omaha, grandchildren and great-grandchildren, one brother, Roger (Margean) Littelman of Yankton, South Dakota, a sister, Linda (Roger) Nation of Omaha, many nieces and nephews and special friend, her God Daughter, Brenda Dolezal.  She was preceded  in death by her parents and husband Jerry, who died in 2005.