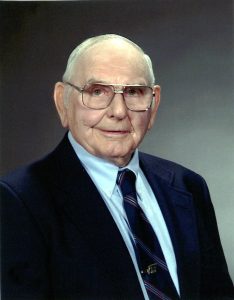 In Lieu of flowers the family requests memorials to the First Presbyterian Church, or the Schuyler Cemetery Association.

Frank was born on the Kasal family farm northwest of Rogers on June 18, 1928, to Frank and Adele (Krula) Kasal. He was baptized and confirmed at Bethlehem Chapel Presbyterian Church. Frank attended Dist. 11 Colfax County grade school and he graduated from Schuyler High School in 1945. He attended one year at the University of Nebraska College of Agriculture. Frank then farmed with his father and did local trucking.

Frank enlisted in the Air Force and served in the Korean War, stationed in Korea and Japan. After he was discharged, he returned to the family farm. On January 31, 1959, he was united in marriage to Phyllis Koch at St. John’s Lutheran Church Shell Creek, Columbus. He was active in Colfax County Rural Youth, the Dist. 11R School Board, County Election Board, and Bethlehem Chapel Session and sang in the choir. He was a member of the Odd Fellows, American Legion, and the Colfax County Feeders Association.

Frank loved farming and raising cattle. He enjoyed traveling and visiting with family and friends. Frank was an avid reader and had an incredible memory. He loved to reminisce about both old times and current events.

He is preceded in death by his parents: Frank and Adele Kasal, parents-in-law: Otto and Nora Koch, brothers-in-law and sisters-in-law: Walter John Koch, Dayle and Dolores Kallweit, Richard and Elaine Freudenburg, and Hugo Koch.