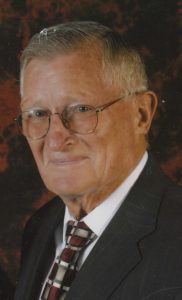 Visitation Sunday 2-4 P.M. with 4PM Rosary at the church

Bill was born October 19, 1934, near David City to William and Rose (Husak) Kozisek.  After graduating from high school he  served in the United States Army and later farmed.  On February 19, 1955, he married Betty Hunt at St. Mary's Catholic Church in David City.  They lived in David City and Bill worked as custodian and bus driver at Aquinas High School for well over 40 years.  He had served as a supervisor on the county board and was active on many other boards as well.  He was a member of St. Mary's Catholic Church and was a 4th Degree Knight in the Knights of Columbus.  Bill loved time spent with the family, Aquinas High School and enjoyed cutting firewood all year long.