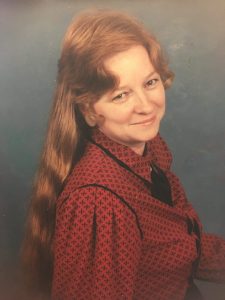 Rosanna Irene Greenwood: Born May 13th 1952 to Robert George Schmid and Irene (Cerny) Schmid.   Graduated David City High School, The Columbus Beauty College and was a licensed stylist for years.  She married Robert Lee Greenwood in June of 1972; together they had a family of four, Daughter Amanda, son Thadeus (TC); son Nathaniel; son Grant, which in turn with their spouses gave her 10 grandchildren 5 boys and 5 girls.  Long time F.F.A. supporter, Bookkeeper, Owner of Manager of Messes and homemaker.  Preceded in death by her parents, her sister, and one of her grandsons.  She died January 26th 2022 of heart failure during a dialysis treatment.  A day of remembrance will be announced at a later time.