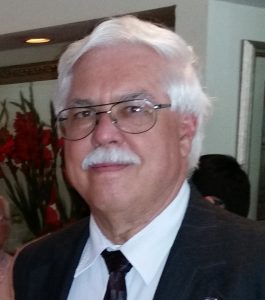 Knights and Parish Rosary 7:00 p.m. at the Chapel

Ronald was born August 24, 1951, in North Platte, Nebraska, to George Arthur and Dolores (Woerth) Braun.  Following the death of George, Dolores married Emil Faltys and they made their home in the Heun Community.  Ronald graduated from Howells High School in 1969 and went on to earn a degree in Bachelor of Science of Civil Engineering and he was licensed Professional Engineer.  On May 26, 1973, he married Joyce Juranek at Sts. Peter and Paul Catholic Church in Abie. They lived in Hastings for a short time before moving to Schuyler.  He worked for Columbus Hydraulics for over 45 years and enjoyed farming with the Juraneks.  Ronald was a past member of the 4th Degree Knights of Columbus, Fraternal Order of Eagles, and supported his son’s through volunteering with the Boy Scouts.  He loved attending Nebraska football games, bowling, dancing, hunting, fishing and camping.  His pride and joy was supporting all his children’s activities and endeavors.