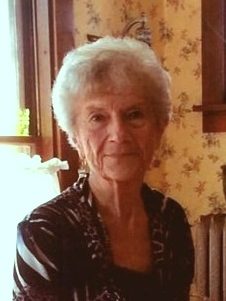 A light lunch and time of fellowship immediately following at the

Marlene was born July 1, 1932, in Morse Bluff, Nebraska to Emil and Irma (Hoffman) Pabian.  She attended elementary school in Linwood, graduated from Schuyler High  School in 1950 and attended Doane College for two years.  Marlene married William  Pflasterer and they had four sons.  They later divorced.  In 1969, Marlene and her sons moved from  Mt. Vernon, Iowa to Schuyler where she later married Keith Moore.  She worked for the Columbus Telegram, was City Clerk, led the Chamber of Commerce and worked for the Schuyler State Bank.  She was a member of  Eastern Star and the Schuyler Historical Society.  She enjoyed gardening and was a "great cook".  Marlene especially loved Wednesday luncheons and Friday nights at the Eagles with her circle of "special"  friends.

She was preceded  in death by her parents and brother-in-law, Carroll Foust.