Mass will be live streamed on Kracl Funeral Chapel Facebook 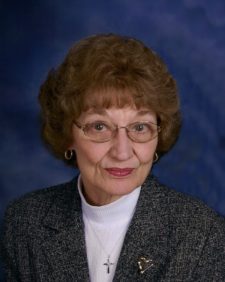 Jean was born October 1, 1945 in Wellesley, Massachusetts to Ernest and Lavonne(Mach) Tupper, Jr.  The family eventually moved to South Dakota, where Jean grew up.  On April 26, 1962, she married Robert J.Kortan at St. Wenceslaus Catholic Church in Tabor, South Dakota.  They lived in Yankton until moving to Schuyler in 1968.  Jean was a bookkeeper for many years and finally worked at the Department of Utilities in Schuyler, for over 23 years.  She was a member of Divine Mercy Parish, the Ladies Guild and was a past member of the Schuyler Cemetery Board.

She was preceded in death by her parents, infant son Grant Robert Kortan, husband Bob in 2013 and a brother, Robert Tupper.