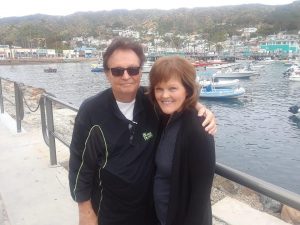 Tom Bogner passed away on February 3, 2021, at age 69. His battle with cancer in recent years showed his courage in facing life’s challenges with a smile. Despite the pain, Tom stayed strong until the end.

Tom had a humorous way of approaching life and a passion for football, swimming, politics, and his family. Tom is survived by his beautiful wife, Carol Helman Bogner. He was a proud papa of his sons Jeff Conyers, Michael Bogner, daughter Keri Conyers, daughter in-law Carleen Conyers, and grandchildren, Cody, John, Alice, and Caycee.

A 1969 graduate of Schuyler High School and 1973 graduate of Wayne State College, Tom was a radio announcer for a Christian station and author of the book “Decisions at Death’s Door”. Tom and Carol moved to Arizona in 1983 and retired in 2015. He was preceded in death by his parents Paul and Edith Bogner and sister Connie Ingle of Seattle, WA.

Tom passed peacefully, surrounded by his loved ones in his home in Gilbert, Arizona. His family will celebrate his life during a private sunset ceremony in Sedona, AZ, a place of meaning for Tom and his family.