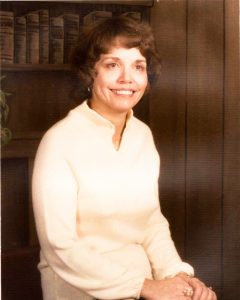 Memorial Service will be broadcast at Kracl Funeral Chapel Facebook

In Lieu of flowers, plants and statues, the family requests memorials to the Alzheimer's Association

Laura was born at home on April 9,1932 in Johnson, Nebraska to Leonard and Blanch (Mort) Seckman.  Her family moved to Schuyler, Nebraska in 1933.  She graduated from Schuyler High School in May of 1950 and married John (Jack) Kroeger, the love of her life, the next month.  Jack was in the Army, so they moved to Indiana, then back to Schuyler when Jack was discharged.  They raised their family in Schuyler and she remained there after Jack's death in 2003.  Laura moved to Lincoln in 2010.  She was an award winning artist (painting), was known for her ability to beautifully play the piano by ear, and did so until 10 days before her death.  She was also known for her excellent cooking and baking, especially her apple strudel.  She had a green thumb and raised gorgeous flowers. Laura was a loving and supportive wife to Jack and proud of their children and grandchildren.