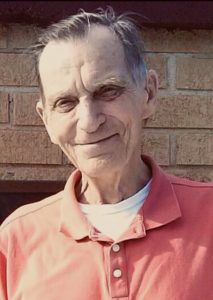 Private family services will be held Friday, April 17, 2020 at Kracl Funeral Chapel in David City, followed by private burial in St. Mary's Cemetery in David City.  The family suggests memorials in lieu of flowers to david place in David City.  They request no flowers, plants or statues at this time.

Donald Kozisek was born October 17, 1936 on a farm near Bruno, Nebraska to  Raymond and Albina (Rerucha) Kozisek.  He attended school in David City and graduated from David City High School.   Don served in the United States Army from 1959 to 1961 in Korea.  On September 26, 1964 he was united in marriage to Joan Leitgeb at St. Wenceslaus Catholic Church in Wahoo.  After their marriage they lived near Brainard until moving to David City in 1969.   Donald farmed and was a heavy equipment operator.  He was a member of St. Mary's Catholic Church, David City.