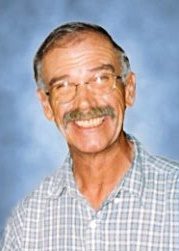 No lunch due to time needed for travel

Ron was born in Booneville, Ak August 26, 1950 to Chloe Ellen (Harley) McKay and Harry Duane McKay. The family moved back to O’Neill, NE where he spent most of his growing years. Ron graduated from om O’Neill High School in 1968 and then attended the University of Nebraska at Kearney (formally known as Kearney State College). Ron studied there for 3-1/2 years. After college he went to work as a machinist and machine shop supervisor in Denver, CO., Kearney,  Grand  Island, Alda  Columbus and Atkinson, NE.   He spent several years traveling for Kennametal Machine Tool as a training specialist where he taught machinists all over the United States “tooling principles and applications”.

Ron and Jan were united in marriage on November 29th 1975 in Grand Island. They spent several fun loving years moving around and living in Denver and spending weekends in the mountains. Both Ron and Jan enjoyed the outdoors and Ron’s special love was hunting.  They moved back to Nebraska to be closer to family. They welcomed two wonderful sons, Reily and Kyle in 1985 and 1987.  Ron enjoyed hunting, fishing, camping with his sons and attending their sporting activities. In later years his biggest joy was becoming a Grandfather and attending the ball games of his grandchildren.