Gerald Krejci, 81, formerly of Schuyler, died Saturday, September 21, at his home in Seward. 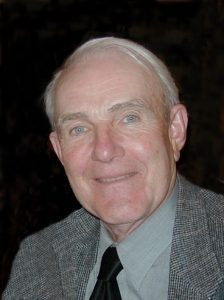 One hour before service at church, Friday

Gerald's family would like to thank you for your thoughts, prayers and kindness during this difficult time.  No individual thank-you's will be sent out.

Gerald A. Krejci was born June 17, 1938, in Schuyler, Nebraska to Jerry and Elsie (Johannes) Krejci.  He attended country school and graduated from Schuyler High School in 1956.  On November 12, 1959 Gerald was united in marriage to Alma Shuster at the First Presbyterian Church in Schuyler.  He served his country for two years in the United States Navy as a communications specialist in Guam, and in the reserves.  Gerald was a farmer and Alma operated a beauty shop out of their home northeast of Schuyler.   He also sold seed beans and raised pure bred Duroc hogs on his farm.  Gerald served on the board of education for Schuyler High School, Memorial Hospital Foundation, Paul Harris Fellow for Rotary International,  Board of Directors for Schuyler State and Pinnacle Bank in Schuyler.   He was a longtime member of the First Presbyterian Church in Schuyler where he also served as an elder.