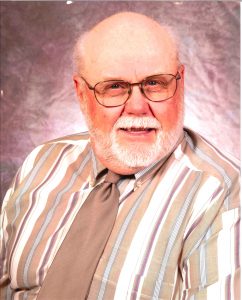 Gary was born February 6, 1943, in David City to Dale and Elaine "Kate" (Zeurlein) Smith.  He attended school in David City and graduated from David City High School.  On June 1, 1965, he married Joyce Matulka at St. Mary's Catholic Church in David City.  They lived in David City and Gary worked for Davis Chevrolet as Service Manager.  He later worked for Kirby's at the South Side Station and after it burned, worked at Northside.  Gary loved automobile racing and worked for over 18 years as flagman and pit steward at the Doniphan Racetrack.  He also liked to ride his motorcycle, camping, fishing and hunting.  He and Joyce also loved to go dancing.  Gary had served over 25 years on the City Council, and was a member of the Knights of Columbus.

Surviving Gary are his wife, Joyce of David City, daughter, Brenda (Roger) Stiles of Lincoln, three grandsons; Colby (Hanna) Lewis of Virginia, Shelby and Hadley Lewis of Lincoln, and newborn great-grandson, Ezra Lewis, many nieces and nephews.  He was preceded in death by his parents and one brother, Merlin Smith.