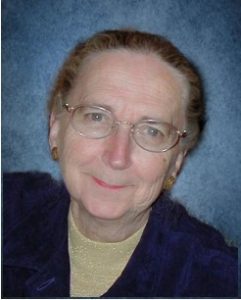 Kracl Funeral Chapel, Schuyler, plus one hour before service at church

Alma was born April 12, 1939 in Swett, South Dakota to Leonard and Marie (Budin) Shuster.  She moved to Schuyler at the age of 2 with her family, where she was an active member of the girl scouts.  She attended school in Schuyler and graduated from Schuyler High School in 1956.  She then attended the Lincoln Beauty College.  On November 12, 1959 Alma was united in marriage to Gerald A. Krejci at the First Presbyterian Church in Schuyler.  Gerald was a farmer and Alma ran a beauty shop out of her home on the farm for 30 years.  She was a member of the First Presbyterian Church and was a Sunday school teacher there for over 20 years.