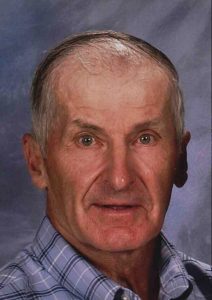 Visitation and Rosary at the church prior to Mass

Raymond was born September 27, 1940, in Brainard, Nebraska to Joseph V. and Edith (Rerucha) Havlovic.  He attended Brainard Schools and graduated from Brainard High School.  On April 30, 1966, he married Orletha Kozisek at St. Francis, Center.  They farmed near Brainard and moved to David City in 1959.  Raymond worked for David City Coop for over 40 years.  He served in the United States Army, was a member of the Brainard American Legion, the Knights of Columbus and St. Mary's Catholic Church.  Raymond loved serving his church and people.  He would call Bingo and could often be found working around the church.  Orletha said his hobby was work.