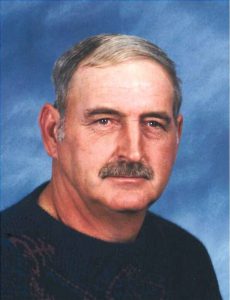 Visitation Tuesday 4-7 P.M.  at the church in Bellwood

Burial will be at the Bellwood Cemetery with a lunch to follow at the United Methodist Church. Memorials are suggested to the family.

Ernest R. Polacek, son of Victor A. and Marie Evelyn (Eckstein) Polacek, was born May 3, 1952 in David City, Nebraska. He lived near Brainard and graduated from Brainard High School in 1970. Ernie married Linda K. McDonald on July 9, 1977. Two sons were born to this union, Jayson Ray and Jared Ernest.  Ernest and Linda lived on a farm for 21 years before moving to Bellwood. He enjoyed farming on their acreage and raising hogs. He loved running heavy equipment, which he did for 40 years. Ernest was an avid hunter. He also enjoyed going to stock car races, watching Nascar, cutting wood, and his granddaughter Alexis, who was the apple of his eye.

Ernest was preceded in death by his parents, in-laws, son Jared Ernest, his grandparents and brother-in-law LeRoy G. McDonald.