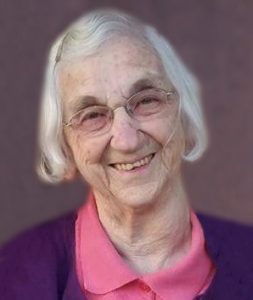 Committal in the Schuyler Cemetery   Lunch at the church hall

Martha Wachal was born June 11, 1930 at Appleton, Nebraska to Adolph and Agnes (Rolenc) Rezac.  On May 18, 1950 she married Johnny Wachal at the Methodist Church in Schuyler.  Before their marriage she taught school for one year.  They lived on a farm west of Schuyler for many years. Martha had a big heart and always put other people first.  She helped Johnny on the farm and after his death became a greeter at Wal Mart  in Columbus which she thoroughly enjoyed.

She was preceded in death by her husband Johnny, parents Adolph and Agnes, grandson Michael Klink, two brothers; Richard and Laddie Rezac.