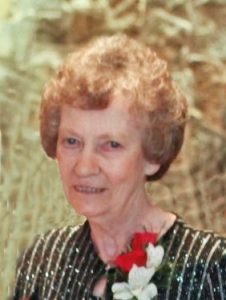 Helen was born south of Clarkson on November 30, 1936, to Bohumil and Christina (Benes) Cech.  She graduated from Clarkson High School in 1954 and went on to earn a Bachelor's Degree from Wayne State Teacher's College.  She taught school and following her marriage to Marvin Krupka, on August 13, 1958, she stayed at home and raised their family.  Helen loved her garden, baking, dogs and even had a "house rabbit" named Snowball.  She loved the time spent with her family, especially the grandchildren, and was known to feed "everyone" when she had the chance.  She was a member of Sts. Peter and Paul's Catholic Church in Howells.

Helen was preceded in death by her husband Marvin(1990), son-in-law Terry Muller(1991) and a sister, Wilma Hake.