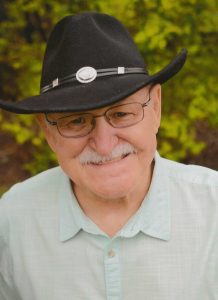 A lunch will be held at the Butler County Event Center, immediately following the funeral service.

Gary was born in David City, NE on January 8, 1946 to Jerry and Mae (Sedlak) Holeka.  He resided in Brainard and graduated from East Butler High School in 1964.

Following high school, Gary farmed and served active duty with the Army National Guard.  He attended business school and UNL.  He worked at Goodyear, Lincoln Telephone Credit Union, and Farmland Industries.  Gary always kept agriculture close at heart.  This influenced his career path, which led him to dedicating 30 years at Frontier Cooperative.  During these years, the Co-op became an extension of his family.  Upon retirement, he ended his career as CFO.

Gary married his wife Roberta (Telecky) in 1975 and to this union three children were born (Kelly, Nicholas, and Christopher).  He loved spending time with his family, including six grandchildren.  Together they would go on side-by-side rides, fishing, and eat ice cream treats.  He always ended each visit by telling them “Love you more”.

Gary loved playing cards with friends and family.  This included meeting with the guys to play Booray, poker, and Cribbage.  He always traveled with a deck of cards, which led to games of Darda, Canasta, Tarock, or Cribbage.  His favorite to play with the grandkids was Play Nine.  He enjoyed woodworking and shared this with others by building many Aggravation board games and distributing them to friends.  A yearly family vacation was important, as well as the adventure that came along.  Sometimes, Gary created his own adventure.  On a trip to San Francisco, he insisted on taking the RV down Lombard Street while the rest of the family bailed to watch his “adventure”.  A favorite getaway involved a 24-hour drive and a float plane to a cabin in remote Canada for fishing and relaxation with friends and family.  Gary valued many other outdoor activities, such as hunting and trapshooting.  He passed along this passion and knowledge to the many kids he coached on the trapshooting teams.