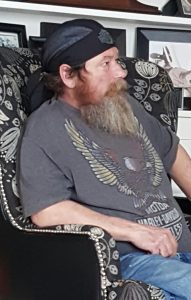 John was born August 21, 1961, in Turkey, to James and Katherine (Johnson) Tucker, while his father was serving in the military.  He graduated from high school and attended Vocational School for two years. On July 12, 1980, he married Julie Volkmer in Centralia, Kansas.  They moved to Schuyler in 1984 and John worked as a project manager at Cargill until retiring in 2018.

John is survived by his wife, Julie of Columbus, two daughters; April (Raymond) Bloyd of David City and Sabrina and Brian Hefti of Columbus, one son Mitchell Tucker and Ambur Reichard of Columbus, four grandchildren; Greyson, Liam, Melayna and Vivian and a sister, Charlene (Jim) McMullen of Centralia, Kansas.  He was preceded in death by his parents, two sisters; June Traphagen, Shirley Bramhall and a brother, Jim Tucker.