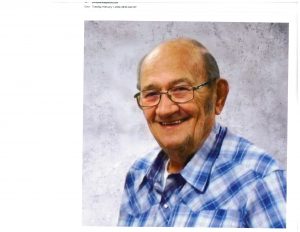 Visitation Friday 3-7 with 7 P.M. Rosary Service at the chapel

Richard F. Krupka was born September 13, 1941, at home in Dodge, Nebraska, to Joseph. L. and Philomena (Gall) Krupka.  He attended area schools and worked on the family farm.  In February of 1963 he joined the United States Army, served in Germany and was Honorably Discharged.  On May 4, 1963, Richard married Viola Mathiason at St. Wenceslaus Catholic Church in Dodge.  They lived in Howells, Fremont, on a farm north of Schuyler and in 1985, moved to Schuyler.  He worked at the Packing Plant in Schuyler as a supervisor for 28 years.  Richard enjoyed driving truck and finished his working years doing just that.  He and Vi raised their five children and enjoyed retirement in Schuyler.  Time spent with family was his greatest joy. He was a member of Divine Mercy Parish-St. Mary's Catholic Church in Schuyler.

He was preceded in death by his parents, two brothers, Marvin and his wife Helen Krupka and Larry Krupka, a sister, Marlene and her husband Delvin Hegemann, brother-in-law Larry Lund and sister-in-law Gail Krupka.