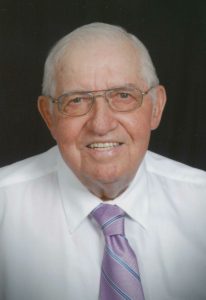 Adolph was born March 5, 1928, in Ulysses, Nebraska to Anton and Agnes (Piskac) Stastny.  He attended area schools and graduated from Marietta High School in 1947.  On February 12, 1953, he married Laree Bock at St. Mary's Catholic Church in David City.  They lived and farmed in Butler County and Adolph operated Stastny Trucking with his brother.  In 2008 Adolph and Laree moved to Columbus.  He was a member of St. Isadore's Catholic Church and the Catholic Workman.  He loved fishing, hunting, camping and especially attending the activities of his grandchildren.