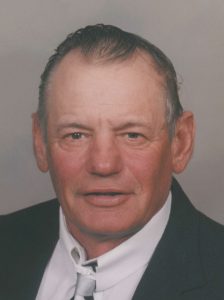 Committal in the church Cemetery

Lunch at the Bruno School following the committal

Robert was born May 25, 1937, in David City to Frank and Veronica (Janak) Andel.  He attended area schools and farmed with his father.  On August 7, 1965, he married Bernadette "Bernie" Pinkelman at St. James Catholic Church in Wynot.  They lived and farmed northeast of David City.  Bob was  a lifelong farmer who loved raising cattle and playing taroks.  He was a member of  Assumption Catholic Church as well a a member of the Explorers Outdoor Hunting Club.