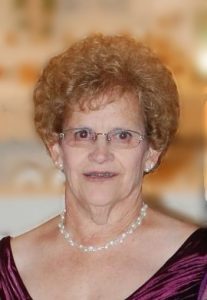 Jackie was born February 17, 1951, in Omaha to Jerry and Mildred (Vidlak) Pavel.  She attended Country School and graduated from Schuyler High School in1969.  She married Dewain May in May of 1970 and they had three children.  She later married Jerold Voboril.  Jackie worked for 17 years at the County Court as Associate Magistrate and helped on the farm.  She and Jerold later divorced.  She worked at Appleton Electric, Johnnies Steak House, North Side and Pizza Hut in David City.  She moved to the home place when her parents moved to town.  On October 1, 2010, she married Don Struebing at St. Mary's Catholic Church in Schuyler.  She loved polka music and dancing and she and Don travelled to Puerta Vallarta, Alaska, Hawaii, Branson, and the Black Hills.  Jackie also loved to go to Texas and then go shopping in Mexico with Don's sister.