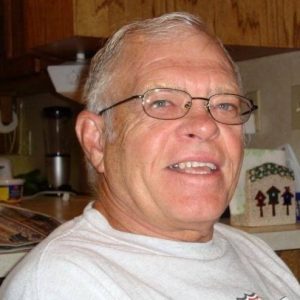 Coffee and Kolaches following the service

Allan Robert Kracl was born May 30, 1941, in Columbus to Frank E. and Florence (Schmidt) Kracl.  He grew up north of Rogers and graduated from Schuyler High School in 1959.  He then served in the United States Navy.  On September 5, 1964, Allan and Janet Zelenda were married at St. Augustine's Catholic Church in Schuyler.  They made their home in Schuyler and Allan worked for Kracl Implement and then worked in maintenance at the packing plant for 34 years.  He was a member of the American Legion.  Allan loved to fish, make his own beer and wine, polka music and horseshoes.  He also loved to tinker and could fix anything.  He especially loved time spent with the family and playing cards.