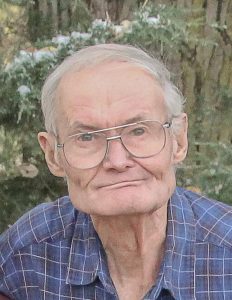 Ronald "Ron" Mohnsen was born on September 17, 1944 in Columbus, Nebraska to Irvin and Meta (Wiese) Mohnsen.  He was the older of 2 boys.  He worked for numerous farmers before graduating from Leigh High School in 1963.  After high school he worked at Behlens, Fleischer manufacturing and Cameco before retiring in 2009.   He married Nancy Polacek August 23, 1980.  Two children were born to this union, Lorie and Bryan.  They resided in Bellwood until 1998 when the family moved to Leigh to the family farm.  In Ron's spare time he enjoyed working on, and collecting classic cars and tractors.  He really loved spending time with his family and friends, giving his grandkids Liam and Addison tractor rides and playing with them, along with taking care of his dogs and cats.   Ron also liked working in his garden, going to races and car shows.  He was known to be a hard worker and spoke to everyone.  He will be truly missed by all.