In lieu of flowers, plants and statues, the family requests memorials in Jim's honor

to be designated at a later date 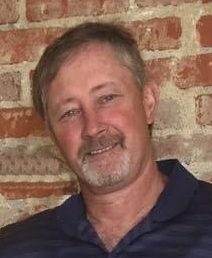 THE MASS WILL BE LIVE STREAMED ON KRACL FUNERAL CHAPEL FACEBOOK

Jim was born April 13, 1964, in Seward to John and Helen (Timoney) Vodicka.  He graduated from Seward High School in 1982.  He worked at Henningsen Foods in David City for over 35 years.  He was currently the owner and  manager of the Little Water bar in Garrison.  Vodicka means "little water" in Czech.  On May 31, 1997, he married Julianne Daro at Immaculate Conception Catholic Church in Ulysses.  They lived in Ulysses and then moved to Garrison.  Jim played fast pitch softball  in his younger days and enjoyed wrestling, baseball and any sport the kids were involved in.  Every summer he would take the family on a two week vacation to an NFL training camp.  He loved people and his family and always had a smile on his face.  Jim was currently a member of St. Francis Catholic Church, Center.