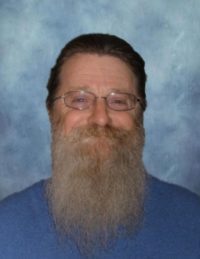 Bill was born September 2, 1957, in Schuyler, to William J. and JoAnn (Tschantre) Bingham.  He attended Schuyler grade and Schuyler High School.  He married Janita Vernoy in 1976 and moved to California. They were later divorced.  In 1988 he married Barbara Borsotti.  Bill worked for CTS Corporation in Paso Robles California until an industrial accident forced him to retire.  He later worked as a furniture mover.