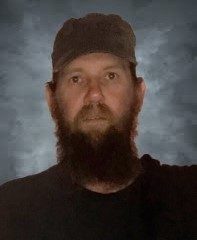 Duane was born January 1, 1960, in David City to Richard and Elizabeth (Stevens) Smith.  He attended David City Schools and graduated from David City High School.  He drove a fuel truck for North Side in David City.  Duane loved Chevy C-10 Pick ups of the 1967-1972 vintage.  He was a motorcycle enthusiast and loved working in his shop.  He enjoyed playing pool with friends and loved spending time with the grandkids.

Duane is survived by his two sons; Dustin and Casey Brandl and Devin, all of David City, two grandchildren; Kaydance and Maverick, three sisters; Darlene (Jim) Tannehill of Norfolk, Demaris Smith of David City and Diane Schmid of Ottumwa, Iowa, and four brothers; Richard (Debbie) Smith and Don Smith, all of San Diego, California, Dale Smith of Santee, California and Dave Smith of David City.  He was preceded in death by his parents and one brother-in-law, Steve Schmid.